I have long-standing interest in graveyard recording, and am author of the CBA Handbook Recording and Analysing Graveyards (2000) and Mortuary Monuments and Burial Grounds of the Historic Period (2004).  I have updated the CBA Handbook and the new version is all available on the Discovering England’s Burial Spaces web pages.

I have created some resources for families to enjoy exploring the monuments in burial grounds – graveyards and cemeteries. These are surprisingly interesting places to visit.

I am also interested in other mortuary material culture, including coffin fittings, vaults and mortsafes – see my recent (2018) book, co-edited with Laurie Burgess, Death Across Oceans: Archaeology of Coffins and Vaults in Britain, America, and Australia

I have carried out graveyard surveys in several regions of Britain and Ireland – discussed below – with teams of enthusiastic students and volunteers,  in Gibraltar with volunteers, and have also carried out rapid surveys on my own in North America and Australia. At the moment I am involved with the Discovering England’s Burial Spaces project and am updating the CBA Handbook for publication in 2019.

Mytum, H. (2015) ‘Artifacts of mortuary practice: industrialization, choice, and the individual, in A. Brooks (ed.) The Importance of British Material Culture to Historical Archaeologies of the Nineteenth Century, University of Nebraska Press, Lincoln, 274-304.

Mytum, H. (2004) ‘Artefact biography as an approach to material culture: Irish gravestones as a material form of genealogy’. Journal of Irish Archaeology 12/13, 111-127.

Graveyard memorial recording has been undertaken at 27 Anglican and nonconformist burial grounds in north and central Pembrokeshire, stretching from St David’s in the west to St Dogmael’s in the east, and as far south as Wiston. During the fieldwork an effective system of classification and recording was developed, which has had significant impact on the development of national standards in recording, and informing the kinds of analysis possible from graveyard survey (Mytum 2000). The sampling design ensured that a representative selection of memorials was recorded from English and Welsh speaking areas, as well as by denomination (Mytum 1994). The value of gravestones in providing spatial, temporal, religious and personal information provides an excellent framework in one form of material culture to set against material gained by excavation and survey. 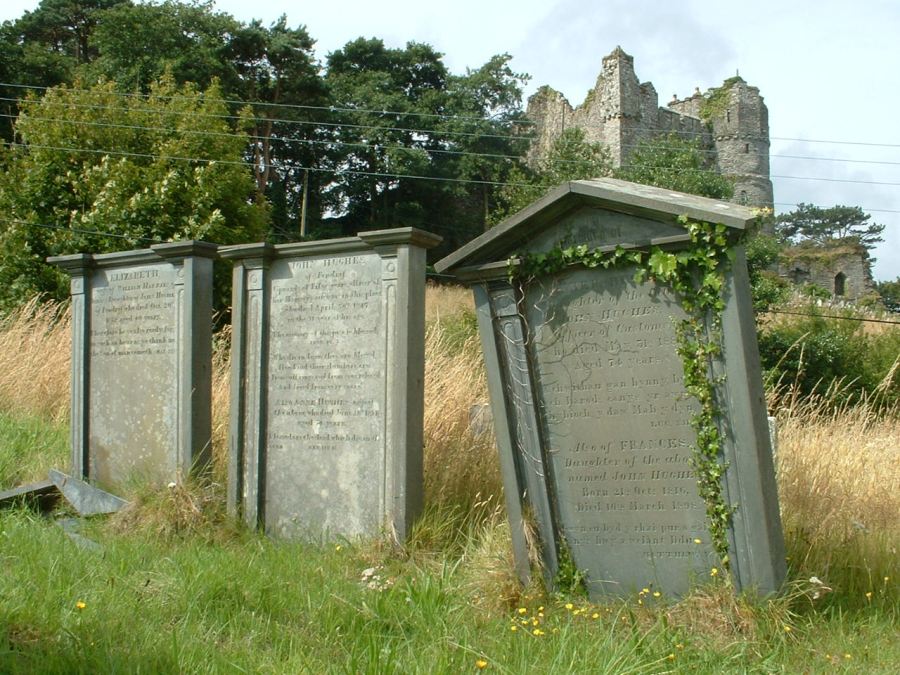 Particular studies of mariners at Newport (Kilminster and Mytum 1987) and St Dogmael’s (Mytum 1990) consider occupation as a socially defining activity; the role of language on memorials has been considered, again at Newport (Mytum 1999b); and one particular monument type, the pedimented headstone, has also been considered as a culturally significant form (Mytum 1998a). From the data available, it is possible to develop further site-specific or regionally based analyses; these are ongoing, notably in consideration of monument typology and the role of religion in memorialisation choices.

The graveyards recorded have been as follows:

Mytum, H. (2002) ‘A Comparison of Nineteenth- and Twentieth-Century Anglican and Nonconformist Memorials in North Pembrokeshire’. The Archaeological Journal 159, 194-241.

Mytum, H. (1994) ‘Language as symbol in churchyard monuments: the use of Welsh in nineteenth- and twentieth-century Pembrokeshire’, World Archaeology 26: 252-267.

Survey over several years is gradually competing a detailed survey of this large Manx churchyard. 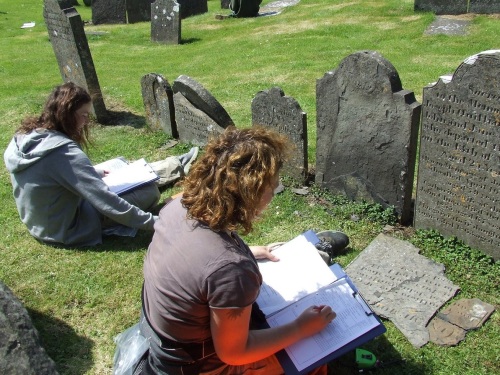 I have conducted surveys in both Northern Ireland and the Republic of Ireland with field school students, and visited many other graveyards and cemeteries gathering comparative material.

Mytum, H. (2004) ‘Local traditions in early eighteenth-century commemoration: the headstone memorials from Balrothery, Co. Dublin and their place in the evolution of Irish and British commemorative practice’. Proceedings of the Royal Irish Academy 104C, 1-35.